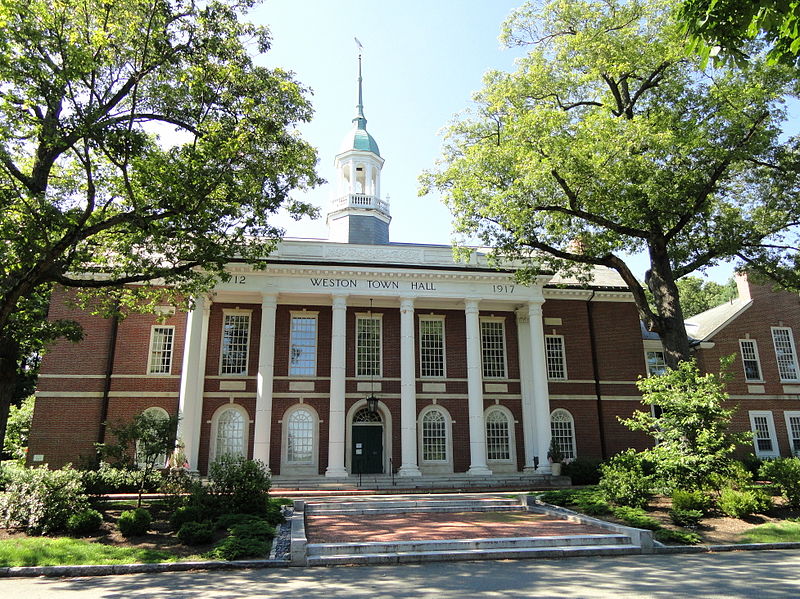 Despite a population of just 11,261, Weston’s area is only slightly smaller than that of its neighbor town, Newton, Massachusetts which accounts for a much higher population of about 90,000. As a result, Weston’s houses are on average much larger than those present in nearby towns, with considerable space between each individual residence. It has one of the lowest crime rates among Metro-west Boston suburbs.

Weston is located on a rugged upland plateau. Early settlers discovered that the amount of useful agricultural land was limited as was the waterpower potential in the town. But colonists moving in from Watertown in the mid-17th century established scattered farms in Weston, and by 1679, a sawmill, several taverns, some doctors, and according to the historians, “probably some lawyers,” had settled in Weston.

Weston is a town in Middlesex County, Massachusetts, United States in the Boston metro area. The population of Weston, as of the 2010 U.S. Census, was 11,261.

Weston is among the 10 most affluent towns with 1,000 or more households in the United States and is the third-most affluent town with a population of at least 10,000 in the United States.[2] Weston is among the nation’s 100 most expensive ZIP codes, with a median home price of well over $2 million.[3] It is the only town in the Boston Area to have private roads, with state of the art police patrolling 24/7.