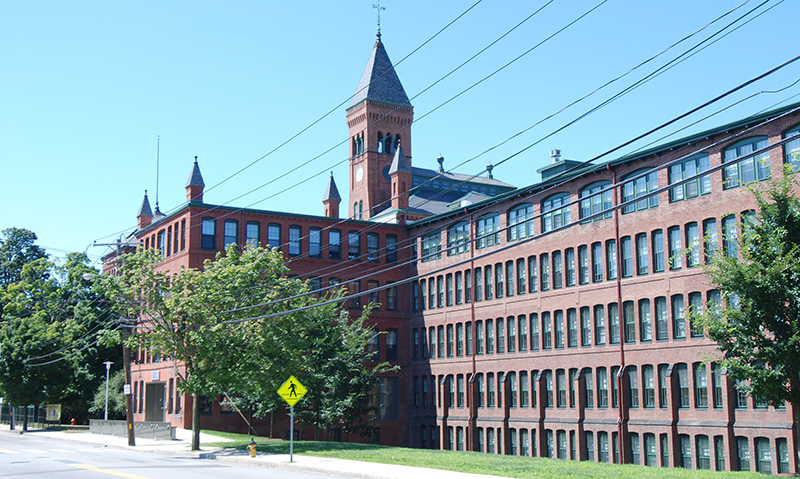 Waltham is located about 11 miles (18 km) north-west of downtown Boston, Massachusetts, and approximately 3 miles (4.8 km) north-west of Boston’s Brighton neighborhood. The heart of the city is Waltham Common, which is home to the City Hall and various memorial statues. The Common is on Main Street, which is home to several churches, the town library and Post Office.

The city stretches along the Charles River and contains several dams. The dams were used to power textile mills and other endeavors in the early years of the industrial activity. According to the United States Census Bureau, the city has a total area of 13.6 square miles (35 km2), of which 12.7 square miles (33 km2) is land and 0.9 square miles (2.3 km2) (6.69%) is water.

Waltham’s combination of population (especially in central and south Waltham) parks, public transit, stores, and trails gives it 62 (out of 100) walkability ranking on walkscore.com. This is often reflected downtown and along the Charles Riverwalk, which is often crowded on summer nights by people fishing, jogging, or walking off a meal at one of the many restaurants.

Moody Street in downtown Waltham offers its own brand of entertainment with a colorful assortment of shops, restaurants, and bars, including The Gaff, Outer Limits, Gourmet Pottery, and the Embassy Cinema. Moody Street’s booming nightlife, convenience to the commuter rail and lower rents has attracted younger professionals to Waltham in growing numbers in recent years. Moody Street is also referred to as “Restaurant Row” because of the number, variety and quality of its restaurants.

Waltham is a city in Middlesex County, Massachusetts, United States, and was an early center for the labor movement as well as a major contributor to the American Industrial Revolution. The original home of the Boston Manufacturing Company, the city was a prototype for 19th century industrial city planning, spawning what became known as the Waltham-Lowell system of labor and production. The city is now a center for research and higher education, home to Brandeis University and Bentley University. The population was 60,636 at the census in 2010.

Waltham is commonly referred to as Watch City because of its association with the watch industry. Waltham Watch Company opened its factory in Waltham in 1854 and was the first company to make watches on an assembly line. It won the gold medal in 1876 at the Philadelphia Centennial Exposition. The company produced over 35 million watches, clocks and instruments before it closed in 1957.