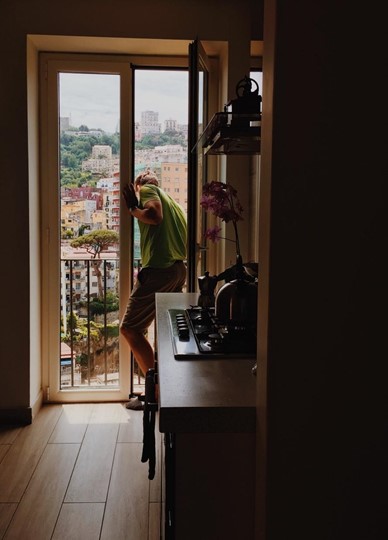 Your body takes in oxygen when you breathe and releases carbon dioxide.  Plants, during photosynthesis, take in carbon dioxide and release oxygen. People and plants are natural partners. At night the process reverses in most plants, orchids, succulents and epiphytic bromeliads are exceptions and make them obvious choices for sleeping areas where they will refresh the air during the night.

During photosynthetic plants release moisture vapor, which increases the humidity of the air around them. Roughly 97% of the water taken in by plants is released into the atmosphere. Placing several plants together can increase the humidity of a room.  This, in turn, helps keep respiratory distresses at bay. The Agricultural University of Norway has reported that using plants in interior spaces decreases the incidence of sore throats, dry skin, colds, and dry coughs.

Kansas State University has research that shows that by adding plants to hospital rooms surgical patients’ recovery speeds are improved.  The patients with plants in their rooms experience less fatigue and anxiety, have lower heart rates and blood pressure, request fewer pain medications, and are released from the hospital sooner.

A workplace study commission by The Dutch Product Board found that adding plants to office settings decreases colds, headaches, fatigue, coughs, flu-like symptoms, and sore throats. Another study by the Agricultural University of Norway showed that the rat of sickness declined by 60 plus percent in the office with plants.

The Royal College of Agriculture in Cirencester, England, in a study, found that when students are taught in a room containing plants, they demonstrate 70% greater attentiveness. The same study showed that attendance was higher at lectures given in rooms with plants.

The depends on what your goals are.

At Home: Placing on the large plant (8-inch diameter pot), every 129 square feet will help to improve health and reduce stress and fatigue.

In the Office or Classroom: Plants should be placed so the greenery is in view of every person.

Not all plants will grow in all conditions.  Choosing the right plant for your growing conditions is important.  See Tips for Healthy Houseplants and For low light situations.

**Gerberas make temperamental houseplants; getting them to rebloom is very challenging. It’s best to treat them like cut flowers: When the color show is over unless you love the leaves, compost them.