THINGS THAT ARE NOT IRISH WE ASSOCIATE WITH ST. PATRICK’S DAY 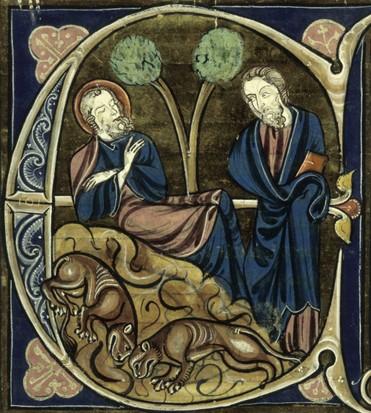 Patrick’s Day is celebrated annually on March 17, the anniversary of his death in the fifth century. The Irish have observed this day as a religious holiday for over 1,000 years.

St. Patrick, the patron saint of Ireland, is one of Christianity’s most widely known figures. But for all of his prevalence in culture—namely the holiday held on the day of his death that bears his name—his life remains somewhat of a mystery.

He was born in Roman Britain, probably in the early fifth century or late 4th century AD. “According to the autobiographical Confessio of Patrick, when he was about sixteen, he was captured by Irish pirates from his home in Britain and taken as a slave to Ireland, looking after animals; he lived there for six years before escaping and returning to his family. After becoming a cleric, he returned to northern and western Ireland. In later life, he served as a bishop, but little is known about the places where he worked”.

There is no single species of plant that is universally known as the shamrock.  Shamrock comes from the Irish word seamróg, meaning young clover.  Lesser Clover, White Clover, Hop Clover, Red Clover, Wood Sorrel are all known as shamrocks.

Erin go Bragh is not an Irish expression.  That phrase is an English version of Éire go Brách, which translates as Ireland forever.

What about the snakes?

It never happened.  There never were snakes in Ireland, Iceland, Greenland, or Antarctica.  The water surrounding Ireland is too cold for snakes to have migrated there.  The legend of St. Parick driving the snakes out of Ireland is a metaphor for Ireland’s Christianization as in driving out the pagans out of Ireland.

A Traditional Irish St. Patrick’s Day Dinner in Ireland would often consist of Boiled Bacon (think Ham, not American Bacon) and cabbage.  When the Irish immigrants to the United States of America settled in New York City, they started cooking Corned Beef in place of  Irish Bacon on St. Patrick’s Day. The Irish in the city settled in predominately immigrant neighborhoods where the majority of immigrants were usually Jewish.  First, Kosher Jews do not eat pork of any kind.  It would have been hard to find in local butcher shops. Second, corned beef has cheaper than traditional Irish Bacon.  So it could be said the Corned Beef and Cabbage is a Jewish tradition, not an Irish one.

What about going to a Pub on St. Patrick’s Day

Up until the 1970s, pubs in Ireland could not legally open on St. Patrick’s Day.  The law was in place out of respect to the religious holiday.  Fearing that drinking in excess was too much of a temptation during Lent, pubs could not open on March 17th.

The Wearing of Green

The earliest depictions of St.Patrick show him wearing blue robes, as in the illustration above. The presidential flag of Ireland is a harp on a blue field, not a green field. So, where did the green come from then?

Since the 18th century Ireland has been referred to as the Emerald Isle because of its lush green landscapes.  William Drennan first coined the phrase.  He was a firm believer in Catholic emancipation and civil rights.  The current Irish flag bears witness to his legacy. The flag consists of a strip of green representing Catholics, a stripe of orange representing Protestants, and a strip of white in the middle representing the peace between them.

In the Easter uprising of 1916, the Irish rebels and sympathizers wore a green shamrock on their clothing.  Eventually, the shamrock was replaced by a green uniform for the insurgents and a symbol of Irish nationalism. It was only natural that the patron saint of Ireland should dress in green.

St. Patrick Was Never Canonized as a Saint

He may be known as the patron saint of Ireland, but Patrick was never actually canonized by the Catholic Church. This is simply due to the era he lived in. During the first millennium, there was no formal canonization process in the Catholic Church. After becoming a priest and helping to spread Christianity throughout Ireland, Patrick was likely proclaimed a saint by popular acclaim.